Bipolar II: A Journey To Diagnosis And Beyond (Guest Post)

I’m no expert on Bipolar II, so I asked a friend with lived experience to tell her story of getting her diagnosis and how living with the disorder affects her life.

Bipolar II disorder (pronounced “bipolar two”) is a form of mental illness. Bipolar II is similar to bipolar I disorder, with moods cycling between high and low over time.

“Finding out you have Bipolar Disorder, type II, can sometimes be jarring. It took a while in my case.

I’ve been struggling with mental health since I was about age 6, and I did not start actively seeking help until age 15. The reason I started was that I had developed an self-injury addiction (from which I am still trying to recover), and my mom found out, thus causing her to take me to a doctor.

I was first diagnosed with chronic depression, which proved to be false after I overdosed last year. The hospital then diagnosed me with major depression, Major Depressive Disorder, and anxiety.

In February, my symptoms were worsening. I was increasingly experiencing what I now know is dissociating, psychosis, and random periods of elevated mood (hypomania). But my depression was awful. My self-injury addiction increased in severity. I am a smoker, so I was going through three packs a day, easily. I was then misdiagnosed with BPD.

I decided to do outpatient, and during that time, I was admitted as an inpatient. When efforts to stabilize me failed, my outpatient hospital therapist observed me mid-breakdown, asking me if I had been tested for Bipolar. I hadn’t. So on my discharge papers, she stressed for me to be tested. This was in August.

On September 25th, I was finally tested by a new doctor. I came up as Bipolar II. Since all of my meds were incorrect, they did a genetic test to see which meds would work best. I’m still detoxing from my one medicine, to start from scratch. It’s awful.

Being Bipolar II isn’t a walk in the park. It’s filled with drastic lows, and occasional highs, highs where you feel so good for a few hours, then crash to your lowest point. It affects me in so many ways. I struggle to get up for school. I struggle to keep a composed face, when inside, there’s nothing but turmoil that no one sees. I hallucinate when I get too worked up, and sometimes I can’t tell the difference between reality and fiction. I refer to Bipolar II as the silent killer, because it’s so hard to detect. My doctor informed me it’s not detectable until between the ages of 16-21. I almost 20 now. It’s a struggle every single day, but I just try to keep “my eyes on the prize”, which is finally being stable.

If you know someone who may have Bipolar, please get them help. Even if it’s just asking their doctor to test them. My hospital therapist saved my life, and you will save theirs.”

A huge thank you to Strong Bipolar Chick for sharing her story.

If you have been affected by any of the issues raised in this story, I have left some useful links below, and as always, if you have any worries or concerns, please see your GP. 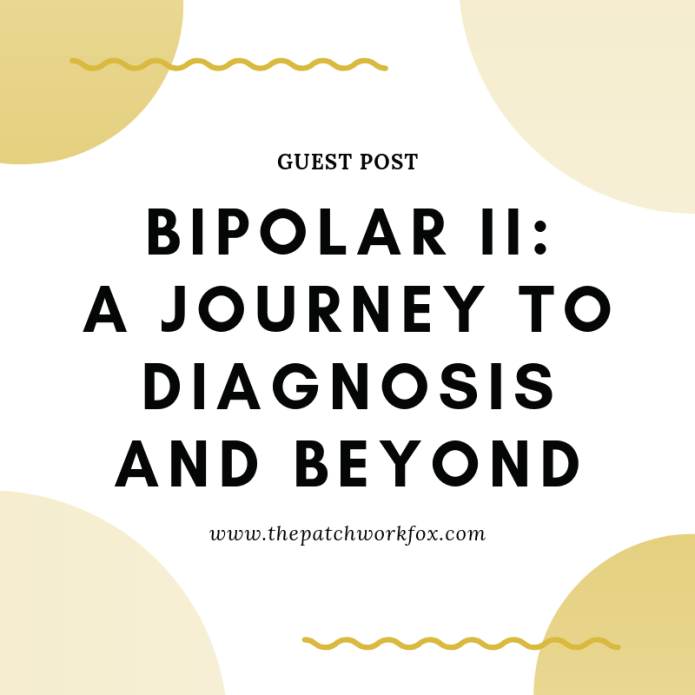